Who's on first? (your first Sinclair products)

Who's on first? (your first Sinclair products)

What was your first Sinclair product and when?

Here in the states, this was pretty niche stuff. I didn't even realize it till years later, but a friend gave me a sinclair mini-radio in elementary school which I just cherished, so that was my first, in about 1971 id guess. I lost the back so made a new one from balsa and electric tape to make it black. I think he had the tv too but didn't give that to me! I got the TS1000 in about 1981, then the 2068 when that came out (84?) and just recently a TS1500, another 2068, Speccy 48k, Speccy +, interface one and a couple microdrives, a QL and finally a Speccy Next KS2 when it ships. I think I'm done collecting, now with my buddy Don's help I'll get them all working with updated keyboard membranes, clear video, switching ps etc...

Mine was the ZX81 below. It was strictly speaking the family computer but I was the only one who showed any interest (obsession is probably a better word). 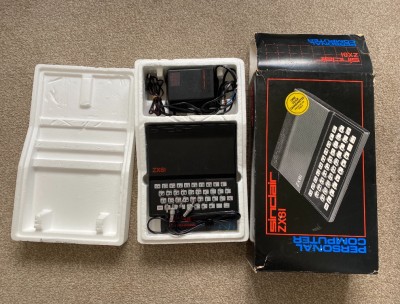 I think it would have been mid / late 82 I think but can’t remember exactly. After that was an early issue two 16K Spectrum (light grey keyboard but retail packaging so unlikely to be an issue one). Sadly that got sold. Fast forward to now and I have ‘one or two’ zeddies and various other Sinclairs. No QL yet - will need to sort that at some point.
ZX80
ZX81 iss 1 (bugged ROM, kludge fix, normal, rebuilt)
Iss 3 ZXVid
TS 1000 iss 3, ZXPand AY, ZX8-CCB, ZX-KDLX & ChromaSCART
TS 1500 & 2000
Spectrum 16k (iss 1 s/n 862)
Spectrum 48ks plus a DIVMMC future and SPECTRA
Toastrack
Top

Who's on first? Is that a nod to Abbot and Costello by any chance?

The Sinclair habit of buying reject transistors didn't start with with his computers it would seem as It's documented that he was buying up reject transistor stock even then and boasting of wattages which in reality came nowhere near what they should have been regardless of which formula you used to measure them.

The digital multimeters they sold in the 70's were quit good for the time I seem to recall.
Top

Here in USA, the ZX80 was the first Sinclair product I heard of. From the advertisements I realized a real computer could be obtained for $150 or so -- although I did not have $150 being a high school student. After running it though my mind for weeks i became convinced it was too limiting. So when the ZX81 was announced that had less limits than the ZX80 I knew that would be my first computer

I mentioned it to one older friend of the family, and he said something that shocked me. He said be careful because Clive Sinclair was notorious for over-speccing components and overpromising performance and he didn't want me to get disappointed. It was the first time I heard of this concept. He told me about transistors that worked at incredible price/performance and audio equipment that failed for him. Even so when the ZX81 kit price was lowered to $99 I put my order in. I was not disappointed and still love it. I read every review and knew I'd be getting a cheap computer, with a cheap keyboard and so was prepared. I never felt is was a bad keyboard because the PET and the TI 99/4 and the Atari 400 all had similar keyboards. The ZX81 was the *best* that could be had for $100. I was not disappointed and learned much from it
Top

I didn't know the PET was a membrane keyboard.

The computers or "electronic brains " of my youth used valves (vacuum tubes) and relays in the odd case,they were the size of a small house and attended to by men in white coats, and were primarily used for mathematical computation.

Fast forward to 1980/81 and the zeddy was born. A sleek looking device by any standard courtesy of the late Rick Dickinson complete with a full mathematics package thanks to Dr Steven Vickers and operating system in 8k. In other words an electronic brain just as Sir Clive envisaged. however what he didn't foresee is that all most people wanted to do was play games and in that regard the 81 was a disappointment.

There are the odd few like myself who still try and push the zeddy computational wise (factorials with 4000 digits anyone or Pi to 2048 places?) and appreciate it for what was its original intent, an introductory computer. Perhaps observing how the wind was blowing Sinclair should have called his offerings games consoles as in usage precious little computing was done by anyone.

Anyhow my love of the zeddy is that it bridged the gap between what went before and what was to come and crappy keyboard and slow BASIC (Forth anyone) notwithstanding I will love it till my days are through.

Here's Tom with the weather.

Tom, with the weather

Not round these parts...

Anyhoo, my first slice of Sinclair was a rubber key 48k Speccy (as detailed here).

But I swear that Zeddies breed if left in dark corners, a bit like Tribbles, as I now have nearly as many as Lardo

The problem with zeddies is that unlike say a Tatung Einstein, it is easy to lose track of how many you have as they are so small (they slip into drawers and lurk in cupboards) and generally quite cheap to buy.

Meanwhile in other news..... 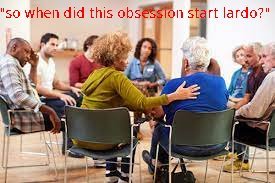