Frequently Asked Questions about the Sinclair ZX81
Forum rules
This is designed to be a simple set of questions and answers - please no general chit chat in here - keep it focused to help new users!
Post Reply
19 posts

Oh, I feel ashamed as I was the one who started the discord so I sincerely apologize to anyone who was offended. It wasn't my intention, it was just an unfortunate joke.

As a Portuguese-speaking user, there are many more characters missing and this has never been an impediment to extracting maximum usability and fun from the beloved Zeddy. To be honest, I never missed the exclamation point (except when I was porting Super Star Trek, which makes heavy use of these signal).

Not on TF79, where the pound symbol is still present at the SPACE key

Moggy wrote: ↑Sat Apr 16, 2022 6:27 pm Nobody seems to have any qualms over the dollar sign instead of an exclamation mark, anti British bias perhaps?

Absolutely no anti-British bias! The $ sign is not unique to the dollar, it is understood almost universally as a symbol of money and used in many currencies around the world, that's the only reason (for me at least).

Finally, Moggy is right, there are already too many serious things to worry about for us to create intrigue over something so insignificant.

Not on TF79, where the pound symbol is still present at the SPACE key

Shift-SPACE on FIF too.

Kelly please don't apologise for anything it was me that caused all the bad feeling not you or anyone else and for that I'm ashamed!

It was just a terrible day and I took my mood out on Vorticon which was totally wrong and I know that there is no anti British bias on this most cosmopolitan forum which has a world wide membership, just me lashing out, so lads all of you once again apologies.

Yes the pound symbol is there which I should bloody well know as I have both Toddy79 and FIF81 symbol charts on the wall in big letters yet somehow couldn't see it!!!

Yup Alan it would seem that there is none so blind as them that cannot see!

I propose a new ROM, where the only change is to have an Exclamation Point

It could replace the useless inverse gray square

Why have two gray squares, that while technically different from each other, look almost exactly the same? 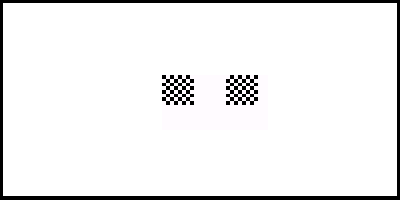 Then i went to change it and realized there is no separate definition for inverse characters. So while it can replace CHR$(8), and when used in GRAPHICS mode you get the inverse, this would break all the programs that use the gray squares

lesson learned:
* Too late to change the character set now, without affecting the existing body of apps

Ah well, lack of an exclamation point is not a big issue in the overall scheme of things
Top

Well, there is no second gray, it's just inverse grey.
And we can't use the £ because my Zeddy has got a € sign there

In theory, there is no difference between theory and practice. But, in practice, there is.
Top

Yes it seems our beloved ZX81 does not support 7-bit ASCII, but only 6-bit “ZX81CII”. At least it’s better than boudot code, that only had 5 bits.

If you build this little device with 3 chips, you have 16 char sets to swap between AND inverse chars can be replaced with other chars. This brings you 7-bit “ZX81CII”, with the sacrifice of inverse chars.

However your default char set could be the default one with inverse chars.

While this works great with ZXPrinter and alphacom printer most other Printer don't support the changed charset.
Maybe it's better to erase the exclamation mark from ASCII and newer because then we would have less shouting in messengers and forums.

In theory, there is no difference between theory and practice. But, in practice, there is.
Top

Still useful in Forth though

Paul wrote: ↑Wed Jul 13, 2022 10:03 am Maybe it's better to erase the exclamation mark from ASCII and newer because then we would have less shouting in messengers and forums.