Discussion forums for users of the Sinclair ZX80 / ZX81 and their clones
https://sinclairzxworld.com/

by andejens
OK - Managed to record the file on my MacBook Pro using a dodgy setup:
https://www.dropbox.com/s/r0gx6uftkjxom ... 2.wav?dl=0 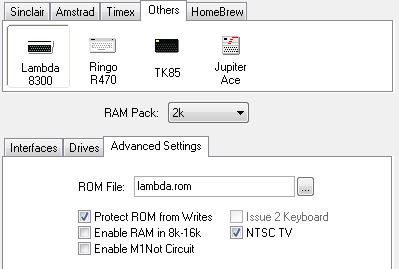 by mrtinb
It looks like this game (https://youtu.be/utwo2jHx8fU). How ever it’s in Danish. It starts with TRYK SKYD which means PRESS FIRE. Then it runs a few seconds before it crashes. 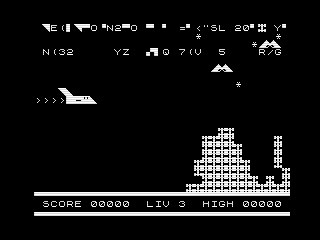 by mrtinb
But looking at the description on YouTube:

It seems it will not work in the emulator because Lambda 8300 has different ROMs, and the one in Eighty One is a different one than the one this game is written for.

by mrtinb
Great to se some Danish software.

by mrtinb
Here are 4 ROMs for Lambda 8300. Maybe 1 of them will work with the emulator?