Thanks for letting me join the forum.

I've got a few questions you might be able to shed light on (referring to the photos).

1) The board predates the original launch date which makes sense and it has hand traced etching. So is it an original version 1 ZX81?

2) The main chips are socketed. Was this normal for the issue 1 or is this
a kit version? (which I suspect).

3) The ROM chip has a Malaysian stamp on it. I thought the originals were
from Sinclair Reasearch?

4) The Ferranti ULA is numbered 8142. I haven't seen an earlier version
number. Is it also one of the 1st ULA's?

5) The last question is - Is it possible these have been replaced later?


From what limited knowledge I have it looks like it was never opened
before. The soldering on the base looks consistant except one or two areas.
(see photo).

I did the composite video MOD which you can see. It works
perfectly with excellent image quality even on a 60 inch TV. It came with
an original 16K Sinclair Research RAM pack and power supply.
All working and tested perfectly. 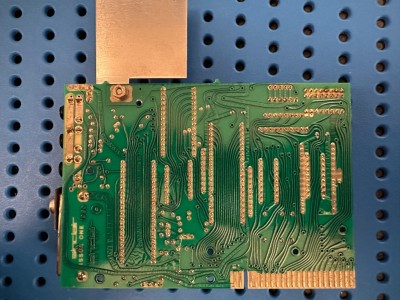 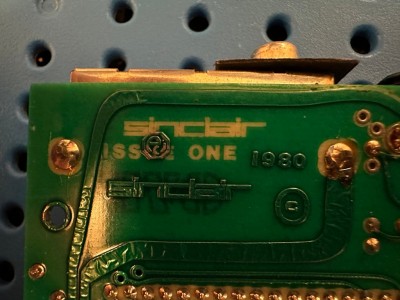 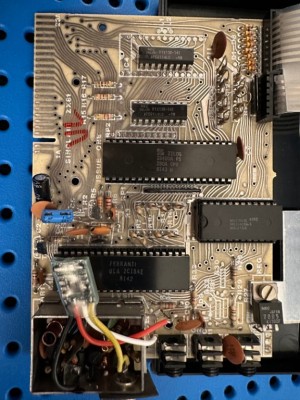 The date on the board is only the date when the track layout and the solder resist was designed, not the date when it was actually manufactured.

Yes, it’s an issue one board, hence why it says this on the board. See above for a guide on dates.

It’s not always easy to tell, as the times when sockets were used and the number used varies wildly across the production run. The only chips that were almost always soldered direct were the SRAM chip(s) (which are soldered on your board). So your board is fairly normal. If the soldering is uneven, or there are bits of honey/brown coloured flux left behind, then it’s likely to be a kit built unit. But from your photos, it looks like it was wave soldered in a factory.

It depends on which supplier had stock at the time. For a lot of the parts, multiple suppliers were used. A lot, not all have Sinclair Research labels. Occasionally EPROMs are found as well. Remember, Sinclair Research did not make the computers. They supplied the data to the chip manufacturer and they then made the ROM chips. Then Timex built the boards and put them in the cases.

No, that’s a 2C184E ULA, which is the second of three versions. I explain the date code above.

Yes, but it’s unlikely given the three major chips have similar date codes.

Look at the date code on the label on the modulator, that will help.

Just to add to Marks answer, the ROM pictured is a Mostek device and alongside ones supplied by NEC and Motorola is a common one. I'm almost sure I've spotted an Hitachi one in the wild too as well as the rare Texas Instruments EPROM that was used when chip supplies were short.

Wow, I wasn't expecting such an in depth response 1024MAK.
That's brilliant. I didn't realise the chip nos. were set out that way.
I know from watching videos that Sinclair were clever in buying
chips on the cheap. I will check the modulator cap. I had already done
the MOD before I took the photos. I didn't know the date details
were embedded in the code printed. I will check later
and maybe post a photo.

Couple of photos of the output on my tv/monitor. Not the 60 inch one.
Distortion only from the camera refresh rate. Absolutely clear as a bell
to the normal eye. 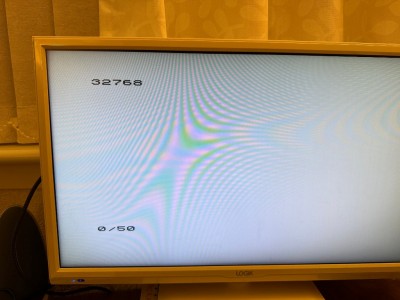 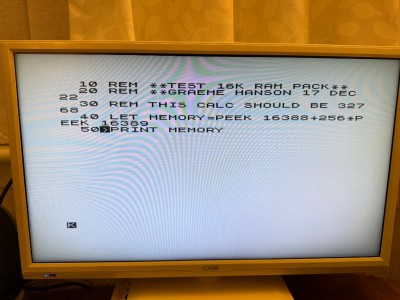 If you want to see a few pictures of various zeddies there are some here:


Also as yours is a beige topped board here are my musings on that.

Thanks LARDO. Much appreciated. I am among friends