Yes.
I will repeat for Adresses 34000 and 35000 tomorrow, because I have to write the program all again. I don't have tape recorder. I will make it on a emulator and save has tap.
Thanks again, Paul
Top

I must made a mistake before, maybe I wrote 80 instead of 85.
Top

The point of my last test program, is that it writes a value to RAM and then reads it back.
If you work out the values in binary, you can tell which bits in the byte are wrong in the returned value.

DRAM chips of that time typically only handle one data bit per address or the later chips handle four data bits per address.

uPD41464C-12 these are 4 x 65536, two are needed to make 64k bytes of RAM.
There are also some Texas Instruments chips, the part number starts TMS but I can’t read the rest of the part number

If you know or can find out which chip stores which bits, combined with knowing which bits are returned with the wrong value, you can work out which DRAM chip(s) are faulty.

Mark, I can't find any TMS chip. Where is he?
But I found something that I think could be wrong: Above the U11 dram, the 3 resistors, the last one has another one above it.
Top

On the board in the photo that sP1d3r posted.

That looks like it may be a signal diode. Hard to tell from the photo.

If the computer was working before, it’s not likely to be that though. As that could be a manufacturer modification.

Which indicates that the DRAM chip that provides data bit/binary digit 0 (D0 on the Z80) is always returning 1 (or logic high).

If there is a circuit schematic available, that will tell you which DRAM chips are connected to D0 (pin 14) on the Z80. Or you can use a digital multimeter on the 200 ohm (or equivalent) range (with the computer disconnected from the power) to work it out. Test between pin 14 on the Z80 and pins 2, 3, 15, 17 of each of the DRAM chips. If the DRAM pin is directly connected to pin 14 on the Z80, the result will be less than 5 ohms. An ‘OL’ or ‘OR’ or ‘1’ in the left hand digit indicates either open circuit or the resistance is higher than can be shown when on that range. So switch to a higher range. If the result is between 200 ohms and 500 ohms, it could be a ‘bus’ resistor wired in series. Anything higher than 10000 ohms (10k) is a open circuit.

Because the DRAM chips are 16k types, there could be two or three that are all connected to pin 14 on the Z80.

The pin out of the Z80 is here 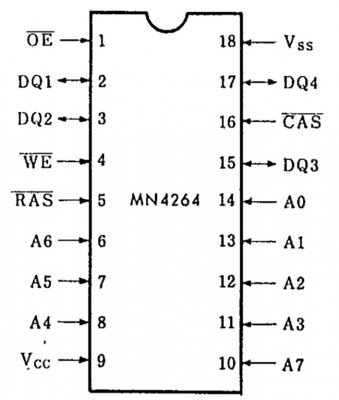 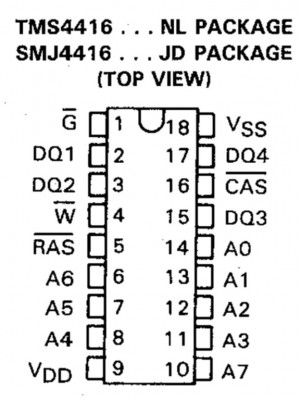 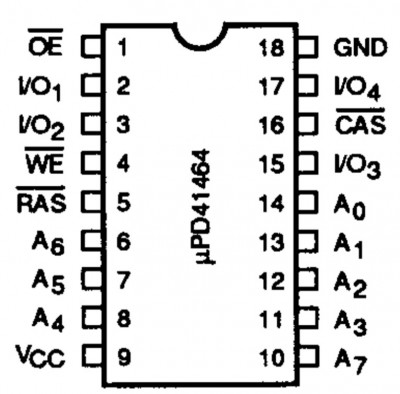 The rightmost resistor of those 3 on your motherboard has a diode soldered to it, I also noticed a component behind the power switch close to the led that looks very dark, as if it's burnt out. On my motherboard it's a resistor and it's normal looking.
Top

I am afraid to make something wrong, because my hands shake a bit.