Discussion forums for users of the Sinclair ZX80 / ZX81 and their clones
https://sinclairzxworld.com/

by Ivanzx
Hi all again,

by 1024MAK
Both!
What you get on screen is a "black and white" monochrome picture made up of a white/light grey screen with black letters being printed on it.
How white or grey the screen is depends on the version of ULA used (there are three versions) and on the modulator, and most importantly, the tuning, contrast and brightness controls of the TV.

With the two early ULAs, it was expected that the computer would be used with black and white TVs. And it worked fine with them. But when used with some colour TVs, the picture can be very, very dark, even with the contrast and brightness controls turned up. There is also a lack of contrast. This is due to a part of the video signal not being formed in compliance with the standard. There should be a defined level after the sync pulse known as the "back porch". The later, third ULA (and the last) has slightly different circuitry inside so it does produce a back porch, thereby solving the problem.

The above is for a UHF connection (in other words, a standard ZX81). If the ZX81 has been modified to output a composite video signal, the type of modification circuit has an effect. In most cases, you then get a brighter white "colour" and a deeper black "colour". 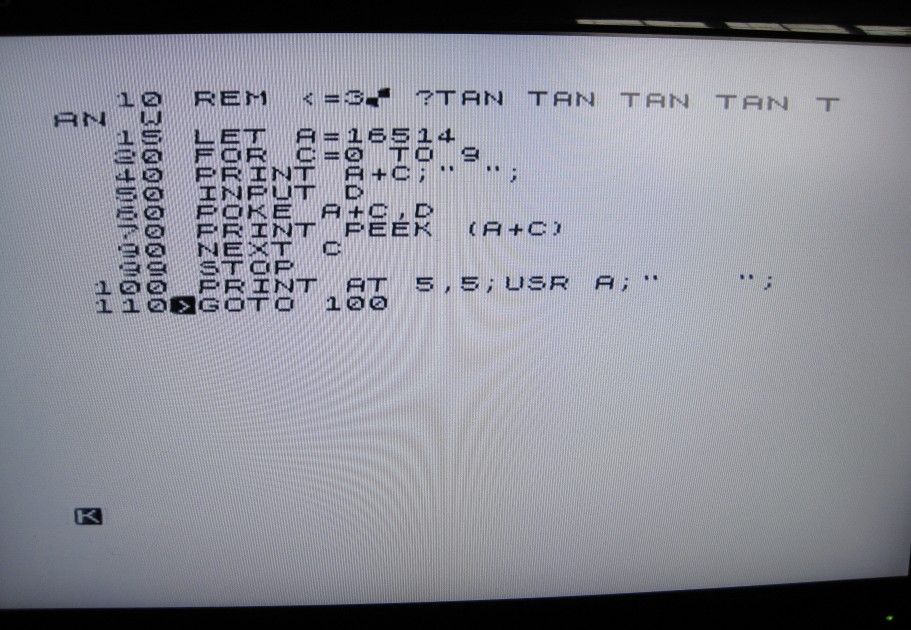 by Moggy
Excellent post and a superb and concise description.