I decompiled my old 1994 game Masada Class and have replaced all the basic routines with machine code. So things like the "one letter appears at a time" style of message writing that I may have thought looked cool back then is now running a lot faster in machine code. I've also updated the special effects, added a twenty lives trainer option and a few other changes.

Overall, it's the same game featuring six stages of action and a story line that continues in the sequel Calvary Class. I've made and MP3 which worked on my real ZX81. There is a few seconds delay after the game loads as it sets up the screen. I made it with a collapsed screen to save load time.
The MP3 is at: 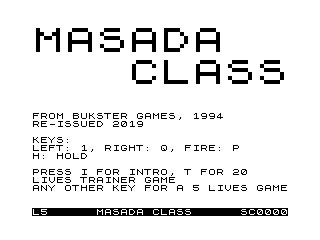 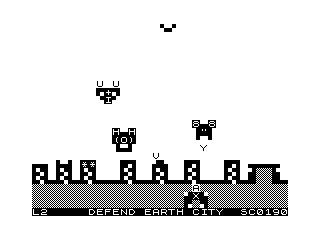 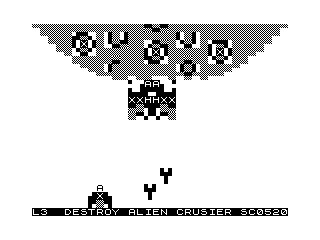 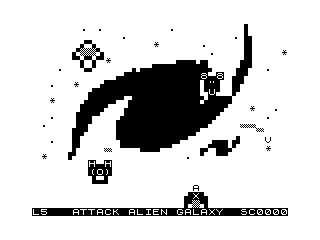 It was interesting revisiting something I programmed in my twenties. I may have learned a lot since then, but it's still a pretty good game. I was a decent programmer even then.
Top

The "Y" key seem to be easier to get points…

Managed to get to the end screen but needed 20 lives to do it!

A great game with excellent use of the zeddies native chr set.