Here is another little cross-platform game I have created using the z88dk C compiler: Mastermind is a game I enjoyed playing as a kid. It has probably been done already several times for the ZX81, but here is my cross-platform version for various Z80-based computers, including the ZX81 and the ZX80.

Your goal is to break a four-digit colour code in as few moves as possible. As soon as you find out the correct strategy, you should be able to usually win each game after about eight or nine guesses.

Download the game and the source from my Sourceforge site:
https://sourceforge.net/projects/mastermindrk/

A separate ZX81 Chroma version is also included (colourized, a native version within a single .p file should follow one day).

I hope the ZX80 screen rolling after each keyboard input is not too annoying, at least in the EightyOne emulator the game is still quite playable. 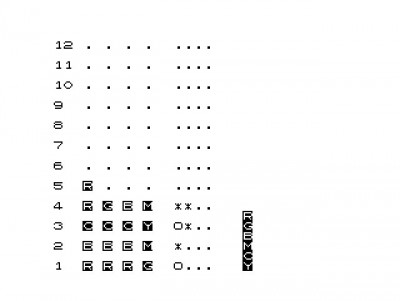 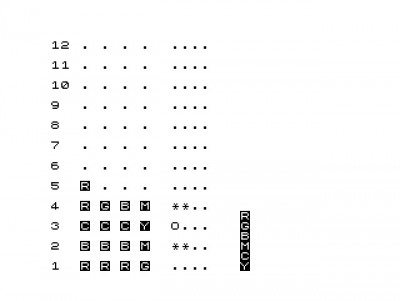 I've added a link to the program on my Chroma colourised software web page.
Top
Post Reply
2 posts • Page 1 of 1