I received PCB boards for Jupiter ACE kit project ,today will test if everything is as it should.

So coming soon with pictures and information ....

Nice, one of those would look great beside (my currently unbuilt) zx80core 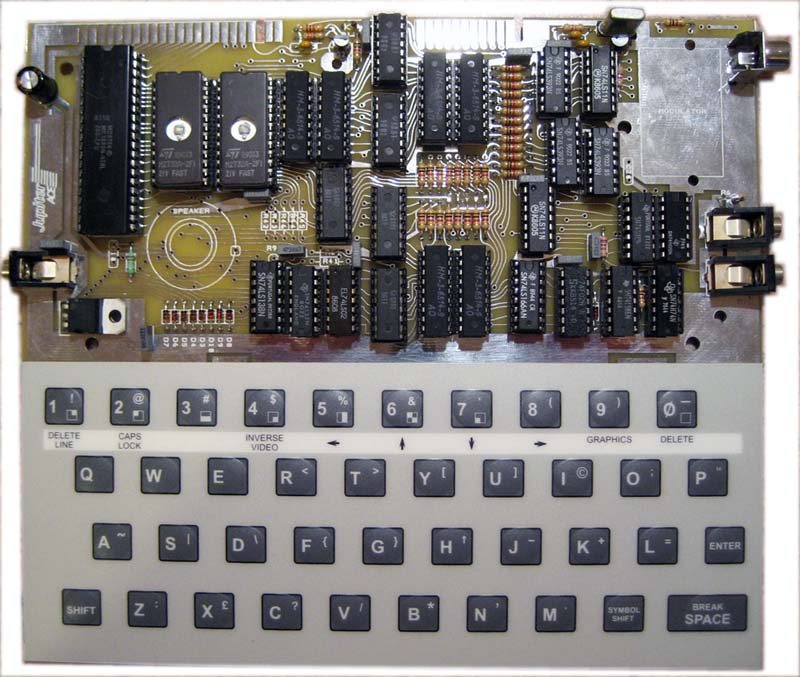 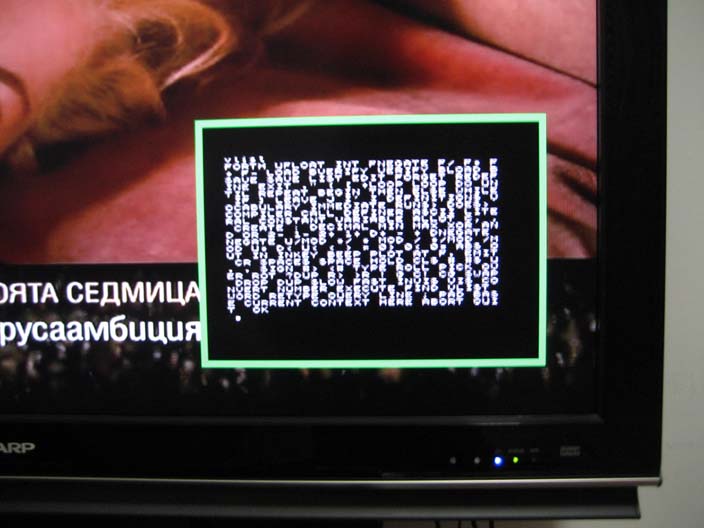 Nice, my first ever view of one working! Congrats!
Top

Humm just bought one of them off Ebay,

Not managed to get it going (yet), there seems to be a problem with the clock oscillator, I have the 6.5MHz out of Q1 once I realized that the silk screen for the transistor was the wrong way round ! But it only produces a vmax of 1.6V, the signal out of pin 8 of IC23 (LS86) is only 3.6V As is the divided 3.25MHz fed through R7/C4 to Q2. Putting the scope on the base of Q2 I get absolutely nothing, which is why no Z80 clock.

Having checked with my Real Ace board, the signal levels out of the oscillator and out of the LS86 seem correct, so it seems the problem lies around Q2 somewhere.

I do get a display of random bitmaps (as the character RAMS are uninitialized at this point) though it is not syncing properly.

I do wonder why some of the R and C values have been changed from the original circuit ? Also Q2 is a 2N2369 in the original but another 2N3904 in the kit.

Ill be interested as I have the same result with mine.
Top

Ok, doing some reading on common emitter transistor switches I think the problem is that the signal being applied to the base is too great to ever allow Q2 to switch off.

I think the solution to this is to alter the value of R7, I'll do some experements this evening and post my results here.