Hello Michael, welcome to our forum

The link to your picture does not work for us. If you can't get the picture link to work, you can upload pictures to this forum. Use the attachments tab below the edit box.

The ZX8-CCB modules are set-up for one version of the ULA only (there are actually three ULA versions). Even if you have the same ULA as the type it was set-up with by PokeMon, it's still recommended that you follow the set-up procedure on your machine.

I need a little troubleshooting help with this thing. I just installed it into my Timex Sinclair 1000. By default, it's not supposed to require any adjustments but I'm not getting a picture. On my LCD, the screen is scrambled. On my CRT, it's not generating any picture so it goes to the no-static blue.
I'm getting 5 volts to the board and some voltage to the output, although I don't know what that voltage should be to get output. I also tried it with and without the switchbox.

Before I installed it I did get an image with the RF modulator but I got this for the obvious reasons.

These can require a little patience to tune in but are well worth the effort! I have tuned 12 of these now I think. As Mark said they are set up by default for the early ULA and even then may need adjustment to allow for your individual computer.

Here is a photo of the adjustments of mine in my TS1000:-

One other thing to do when tuning these is to take a photo of the positions of the pots before any adjustments. That way if you don't like the results you can revert easily.

Sry about the image. I tried to embed the image with a tag but it seems it needs an image and not a shared Google link. Of course, I could see the image but that's probably because I have access to it.

So, I think the instructions might have been a little confusing to me. Probably some "lost in translation" stuff going on.
First off, yes, you were correct. I had to make some adjustments to the pots. I also saw what you were talking about with the metal screwdriver. Lastly, I had no luck with the switchbox. There is no mention in the instruction to use it or not so I initially tried it with and then w/o. With this attempt, first with but the image was totally scrambled no matter what I did with the pots. I then did it w/o, starting with adjusting R2, eventually getting a white background but with a long black bar where the K should be. I then adjusted R1 and the black bar turned into the K. SUCCESS!!!

Thanks for that suggestion. It really helped out.
Top

BTW, what "switchbox" were you trying to use?

Just one of your run of the mill ones.
http://www.oldsoftware.com/cables/switchbox.JPG
Top

I believe these were standard issue with the Atari/Sinclair machines States-side?
Top

Ahh, these are designed for RF signals only.

I guess this is a kind of modulator and does the same job external as the ASTEC internal.
There have not been many "computers" with RF interface and the chinch connector seems to be for any valid composite video signal.
Except this was made for Sinclair only - I don't believer.
Probably this interface can do colour as well.
But only a guess.

Thanks. Yea, it looks that way. Instructions don't cover what sort of video is outputted but I did try it before, just not adjusting the pots as well. Now I just need to recap and get a heatsink and I'll feel confident to use it on a regular basis.
Top

So the development of the ZX8-CCB-SYNC is finished now and it is available at sellmyretro. I wonder that the first 10 devices are sold with just listing them but no further announcement and explanations.

The SYNC version of the ZX8-CCB has a special sync generator on it (a micro controller on the backside) to assure a valid picture using the FAST mode with a ZX81 or using a ZX80. When statements are processed like display of a listing or even longer running programs it results in a black screen for a few hundred milliseconds or even seconds or minutes for a long running program. Modern displays have problems with longer out-of-sync periods and tend to switch to another input or even switch off after 30-60 seconds.

I found out, that most displays have no problem with shorter or longer vertical syncs and tolerate even frame rates between 40-70 Hz without loosing sync as long as the horizontal syncs are present. In the range of 50-60 Hz it may switch from PAL to NTSC mode automatically but that's all.

So the device can not remove flicker at all but reduced to less than a few frames to get in vertical sync again. Newer displays will show a flicker but do not loose sync and do not display a message about that. Technically the controller measures the incoming signal with the exact horizontal frequency (about 0.1 to 0.2%) and repeats with the same frequency. The vertical syncs are measured as well to detect PAL or NTSC resp. 625 or 525 lines. A loss of sync is detected in about 600us or more than 9 lines with no sync. So there is a tolerance while 6 lines is normal for the duration of the vertical sync.

The stripe patterns known from LOAD and SAVE are shown as well (not a problem because syncs are in very shorter periods shown) and the inverted picture is handled as well and give an inverted synced picture this way. Whenever the internal sync generator takes control is shown with a small line in top of screen.

I prepared a video for it as pictures and movies are easier to understand than descriptions ...
https://www.youtube.com/watch?v=1Re-nbXdKeg&t=3s 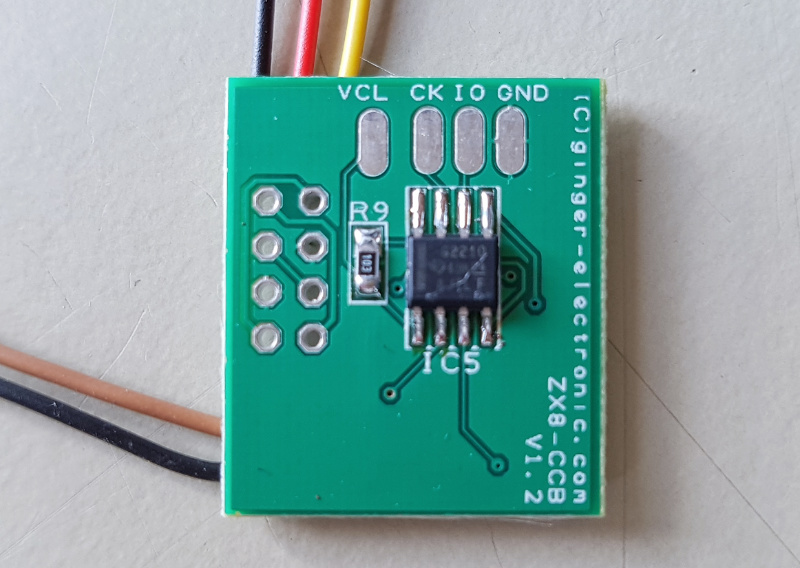 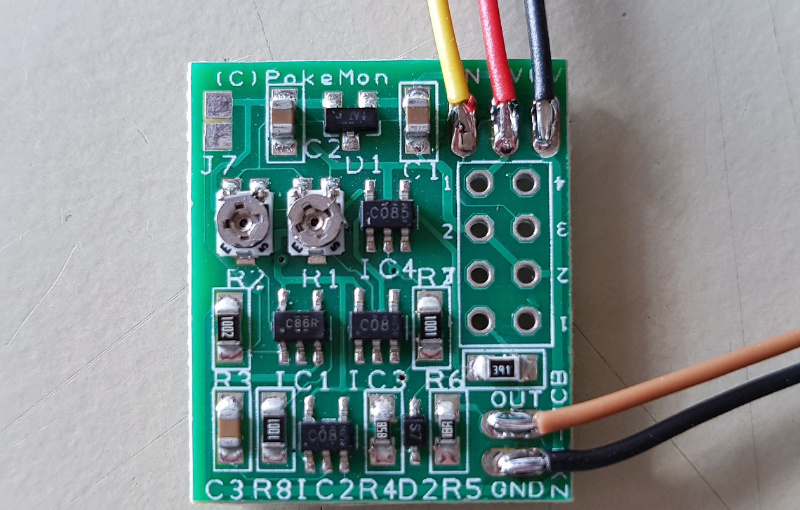