Why was Sinclair selling UK model ZX81s in the USA?

Why was Sinclair selling UK model ZX81s in the USA?

Hello all. I've been active on other vintage computer forums but this is my first post here because I have a very specific question and this looks like the best place to ask it.

When you look on U.S. eBay there's usually about a 50/50 mix of U.S. and UK Sinclair ZX81s for sale (from North American sellers). Maybe some of the UK models were personally brought over by British expats, but that can't possibly be the case for all of them, especially since many of the UK models are bundled together with a U.S. power supply, U.S. RAM expansion module ("ZX81 USA" printed on the back), and U.S. literature. That was the case with my ZX81 that I got on eBay a few years ago -- the computer itself is a UK model but everything else is from the USA, as shown in this video.

Just a little clarification: in addition to being rebranded and sold by Timex in the USA as the Timex-Sinclair 1000, the ZX81 was also sold via mail order from Sinclair Research in Nashua, NH. The U.S. model is distinguished from the UK model by having a channel 2/3 switch underneath for its RF modulator, whose output jack is towards the rear of the case, while the UK model's RF output is closer to the other jacks. The U.S. model also has the New Line button marked as Enter and the Rubout button marked as Delete. And on the bottom it has "ZX81 USA" printed on it, with an FCC ID.

Now here's the smoking gun: a UK model ZX81, in the original box, with the original shipping label, showing it being shipped from Sinclair Research in New Hampshire to a U.S. customer:
https://www.ebay.com/itm/112994034031

So the question is, does anybody know why Sinclair was selling UK ZX81s in the USA? The closest thing I've come up with is a letter I saw of Sinclair explaining to a U.S. customer who had bought a ZX81 kit that they had run out of kits and had instead shipped them a fully assembled machine at no extra charge. So is it also possible that during this time of peak demand for ZX81s, Sinclair was also selling UK models to U.S. customers as a substitution?

Back in the day of manually tuned TVs, it was no big deal to use a UK ZX81 with a U.S. TV set, because the UK channel 36 (which virtually all British computers use) matches up with U.S. UHF channel 34, and with an adjustment of the V-Hold knob, you can get an old TV to sync up to the 50 Hz refresh rate instead of the 60 Hz used by U.S. TV signals. (In this case the difference in color subcarrier frequency between PAL and NTSC is irrelevant because the ZX81 is of course black & white.)

So that's my theory of what was going on -- but I'd love to hear from anyone who either has proof of it, or an alternate explanation. Did anyone here in the USA or Canada order a ZX81 from Sinclair Research back in the day and get a UK model? Or know anyone else who did?
Last edited by VWestlife on Sat May 19, 2018 12:48 am, edited 1 time in total.
Top

It is also true that the Sinclair issue 3 PCB was used in the UK, parts of Europe and some USA machines.

It may be possible to tell if someone who has one can take some photos of the PCB showing the text on the chips and on the modulator.

From what i gather from the schematics, USA models also required a different modulator, two resistors and a diode.
Edit: It may be that is is only if you needed VHF signals rather than UHF which the UK uses.

As the machine is black and white, the complicated video signal differences, such as Chroma et al, can be ignored. (PAL and NTSC are really different ways of how Colour is represented and dont really apply to B&W signals)
Top

I don't think so, because Sinclair had already been selling NTSC ZX80s in the USA (mostly in kit form) before the ZX81 arrived.
Top

On the side of the case by the RF Modulator, it looks like plastic was added to patch where the RCA jack used to be for the UK model.
It is very nicely done, but I can see the outline and the plastic is slightly different.

In your opinions, do you think that is likely a later fix (i.e. the original top case was damaged and someone bought one from the UK, moved the hole and patched the old hole) or do you think they came from the factory that way? Something they did to reuse UK cases?
I don't see the same "patch" with my Timex Sinclair 1000, so I was just wondering...

This ZX81 looks so pristine that I was just wondering if it came from the "factory" that way, or was restored at some time.

Just something interesting to me..

Sometime they make molds with an insert to use for different models. Put the insert in "A" for UK and "B" for US. The same factory can injection mold the cases and only 1 mold needed. Molds are expensive.

Then there is evidence of the shape of the insert. My TS1500s have this square in the spot for the UK modulator you can trace cut for moving the RF or adding a composite jack or any thing else you can imagine. I drilled a hole in one modulator case and mounted a separate jack and shielded with metal sleeve and solder to route the composite through it for RF or composite output. 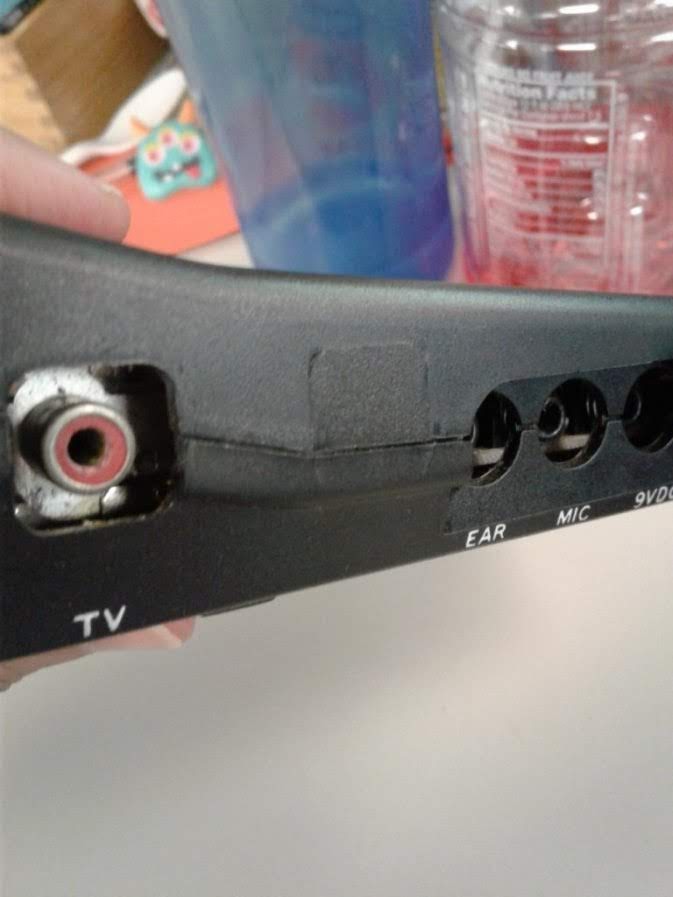 An inside case picture would show if this is a rework or retask or from original dual-purpose mold.

They may have welded a plug or not.

Question is how many US vs UK ZX81 have evidence of mold inserts.

I'm sure gammaray is right about the molds. If you look at the pictures on eBay of the "UK" model that the OP linked to, it has a visible outline showing where the cutout would be for a VHF implementation. Two flavors, one (or more) configurable mold. All my cases show some kind of outline in the other position.

The early ZX81's in the North American market were UHF units. Mine was very early on, $150 Canadian for the kit. It came with a UHF modulator and cutout nearer the other ports, and had a US (or Canadian) plug. I don't remember the markings on the now deceased original keyboard membrane.

About a year or more later, I had occasion to go back to Toronto and buy another one. It differed in that it was assembled, now had the VHF modulator which poked out of the "back" hole (further from the other ports), and included the VHF Channel Switch. It was still branded "Sinclair ZX81" however. I'd guess this was still a year or more shy of the deal with Timex.

So, yeah, here in the Americas we had both UHF and VHF variants.
Top 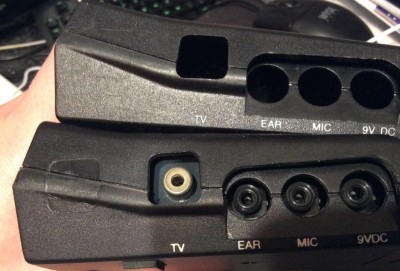 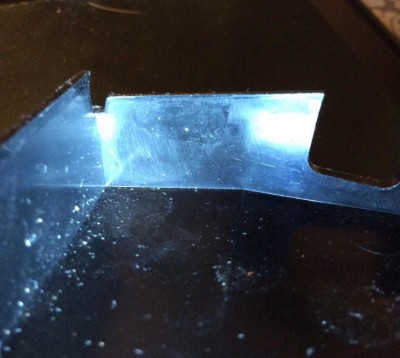 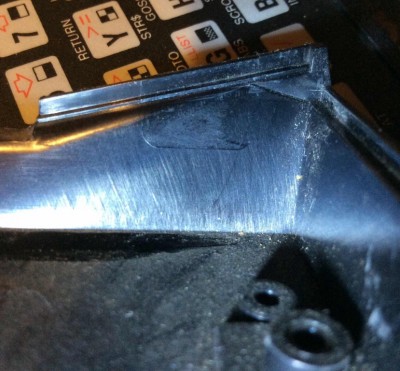 As you can see, the marks show up more on some cases, and on others are rather hard to see unless you catch the light the right way.
ZX81 Variations
ZX81 Chip Pin-outs
ZX81 Video Transistor Buffer Amp
Top
Post Reply
10 posts • Page 1 of 1