It will be connected to DOS PC with printerport. A micro-USB socket for 5V and a DC socket for 12V.

Components not mounted yet. Wires have been wrapped.

I want to program SPLDs for faster prototyping. 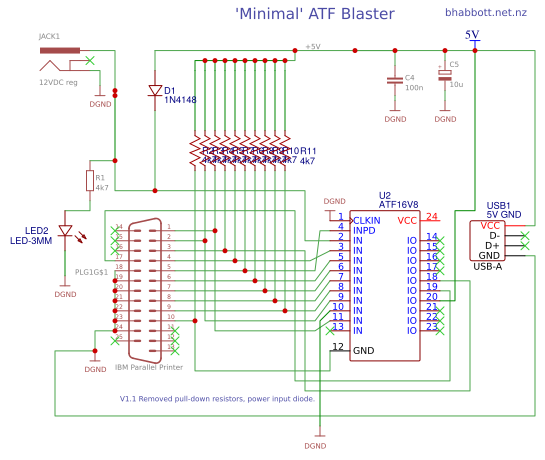 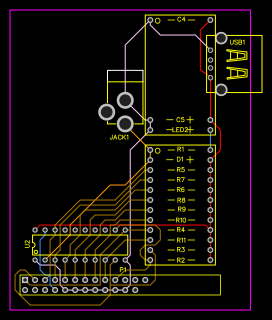 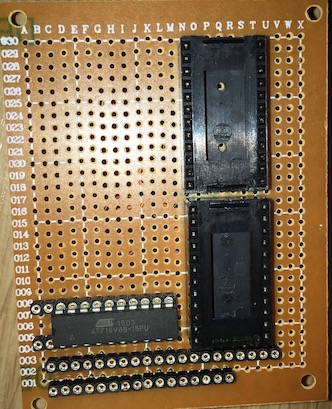 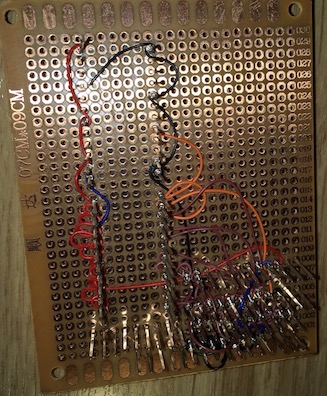 Cool little project, the ability to program gals is awesome, and very often you can combine the function of 3 or 4 74series chips greatly reducing the hip cont of endless projects.

I do understand, that you want to minimize the number of complex IC's, but I also think that an Arduino plus step-up leads to an overall simpler design?
Top

I am thinking of using Arduino in some of my design.

The problem with Arduino is that it is a microcontroller and not a logic circuit. It's sometime to slow to read and write the pins. So I would not trust it to the address decoding. Maybe activate it when it's allowed to speak.

Interesting argument. I'm working on a eprom writer (struggling with too many distractions, though), and I've never thought about this problem. A 16 MHz 328 Arduino seems to be faster than a parallel connection, I thought? And if it was too slow, just use a stm32?
Top

My experience here is sparse. Maybe some of the experienced circuit masters can tell when a micro controller is fast enough to act as logic circuit.
Martin
ZX81, Lambda 8300, Commodore 64, Mac G4 Cube
Top

If you are using a micro-controller to grab data from a Centronics port, it's a bit easier. As then it only has to watch the handshaking/status bits (/strobe). Then grab the data. Then send an acknowledgement signal. But, if it is doing anything that is timing critical, then you have to be careful that one task does not upset the careful timing of the other task.

As to the speed of micro-controllers vs. logic, well logic wins every time. Even more so if using logic inside a programmable logic chip such as CPLD or FPGA.

Programming this GAL is done by another man’s reverse engineering, and he has made software for this. I will use his software and is not interested in creating the software from scratch for an Arduino.

You are more than welcome to do so. Beware that these GAL PAL PLDs are getting rarer and therefore more expensive.

If you don't want to go the diy route, the tl866cs seems to be the most cost-effective solution?
Top
Post Reply
10 posts • Page 1 of 1