I found i had accidentally shorted a wire inside the metal box housing where the plus 5v wire was snipped. So now the computer powers up

So here is something weird. That 22uf i replaced only the minus side actually had a real connection and that was going to the external connector the plus side was just a dead end solder point. Very odd no?

Problem with my composite out. I get a steady picture running a BC108 transistor

But the problem is that it is a bit washy grey white.
I read that soldering 100ohm to transistor E and earthing its other end helps with two diodes in series.

What diodes do i need?
Does it matter which way round to solder diodes and resisters? 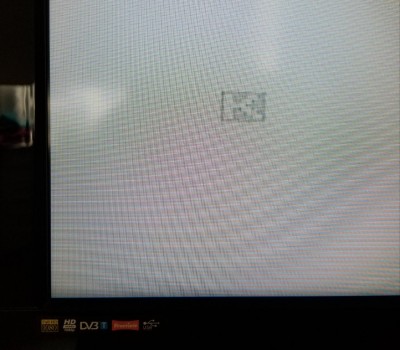 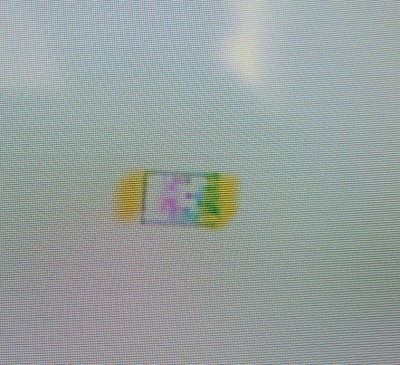 Its nuts thanks everybody !! 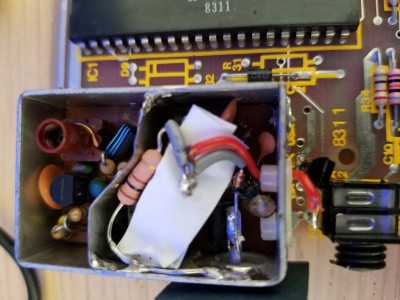 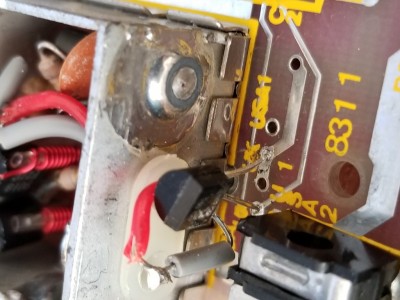 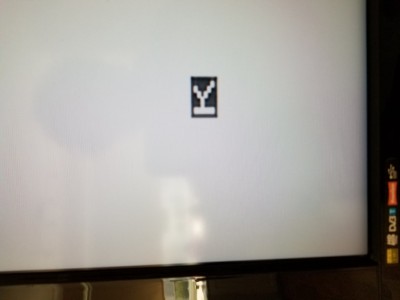 While risking life and limb i decided to fit a power on led to my zx.. 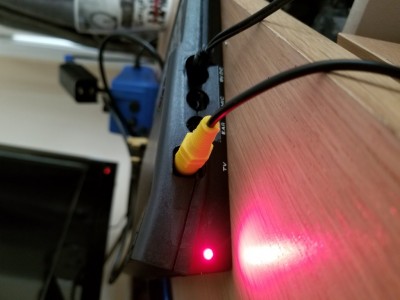 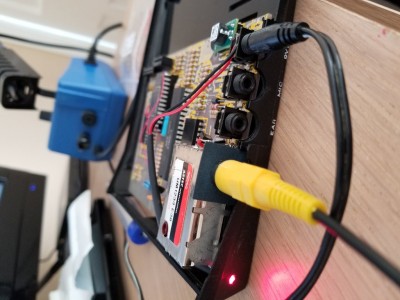 Did you stick some insulating material on top of the wiring in the modulator box? Otherwise it may short out against the metal cover. 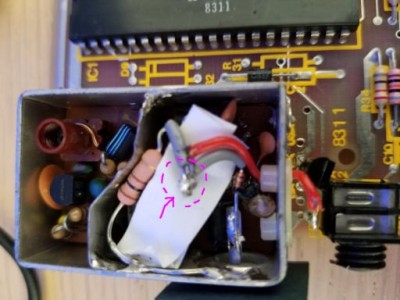 Also consider sticking a cooling plate on top of the ULA.
Top

I attempted to add a LED supporting a resistor tappin the 12v from the boad. From that point i got no signal from Tv composite out.


Wonders if i have killed my dear old zx81.
Wondering could i have soldered two
Joints the one next to the transistor in the pic
Together by accident? I have an issue 3 board..

Please someone confirm was this my error
On changing out kit?
Does my own memory have ram wobble
Do i have to plunge a hot soldering iron
In my left arm?
Ahhhhhb 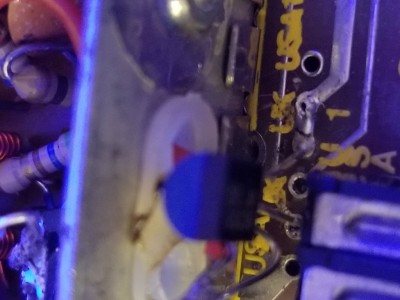 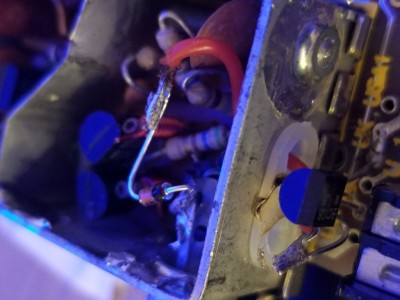 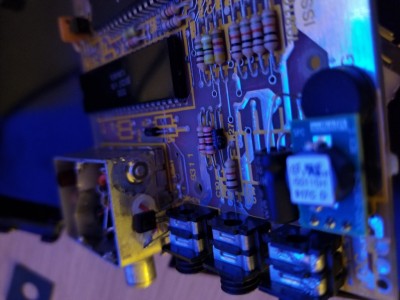 You gave your ZX81 a complicated and hard life.

Looking closer at the pics, I noted: video signal comes from ULA (pin 16). Where to? Appears to be going nowhere. If indeed the case, then it logically follows that screen info doesn't make it to the monitor.

Let's hope 12V supply and 5V were not short circuited at any time while powered as that would do a lot of damage.

And yes, diodes have polarity. So do transistors (base, collector, emitter). And NPN vs. PNP. Note that none of my composite modded ZX81's have a diode in their video output. Just transistor, resistor, and a series capacitor (the latter also with polarity

). Something like this but without the 2k2 series resistor (probably doesn't hurt to add that, though). Polarity of the capacitor in that circuit is wrong btw, + of capacitor should be on the transistor side as that carries a positive DC offset w/ respect to the monitor's video input. And I have 220 uF in there (but 100 uF also does the job).

Edit: for a quick 'n dirty check, you can hang ULA pin 16 directly on the center pin of the RCA connector, through a series resistor (eg. in 220 Ohm - 1kOhm range or so). That will likely show something on most monitor's screens. If the familiar "K" shows there, proceed with the transistor buffer circuit on the output.
Top

Omg i have much to learn. Thanks will try the points raised.