I have just got hold of a dead JRS RAM pack so here are some photos of the internals. 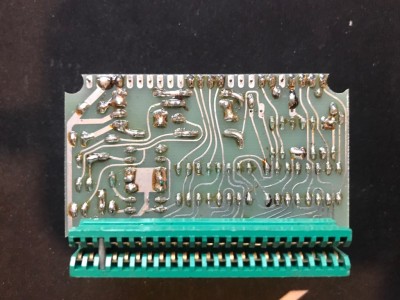 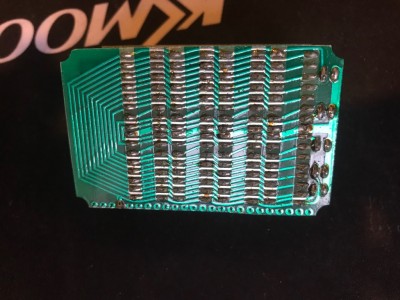 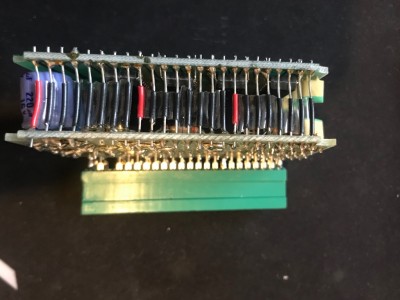 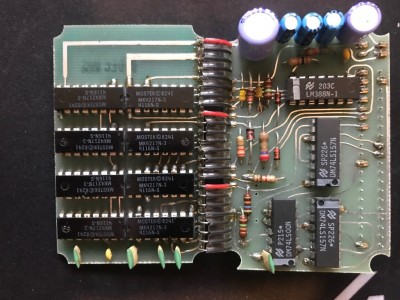 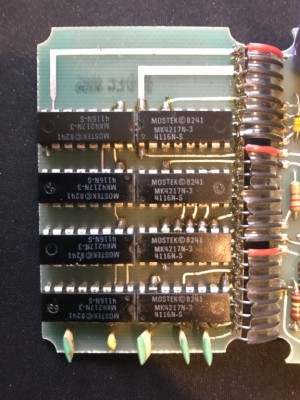 And the last one. 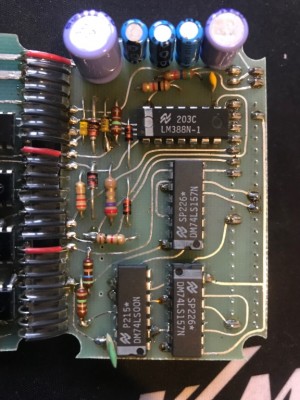 It looks like a conventional DRAM design. But uses an audio amplifier to generate the -5V rail. Not sure about the +12V rail, but I suspect they have done the same as Memotech and just added extra smoothing to the +9V rail (big electrolytic capacitors) to get around +11V DC for the 4116 DRAM chips. 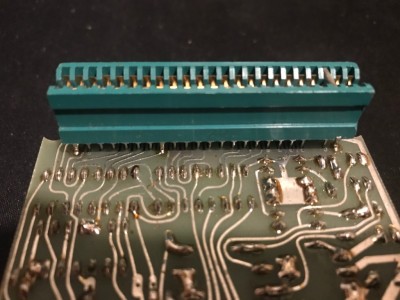 Yeah, that’s exactly what I wanted. Thank you

That audio chip is one I've used in many a headphone guitar practice amp, I wondered what the hell it was doing there, thought it was some crazy onboard audio lash-up!

Any idea Mark as to why something like that would be used rather than something more conventional?
Top

I wondered that too, for a second, when I saw it, then I realized Its probably used to generate the -5Volt from the Raw +9V supply by running it as an oscillator, then driving a diode doubler circuit to invert it to -9V and using a 5V1 Zener to smooth and regulate it. You can see the components to do that next to it. The LM386 is cheap, and can drive low impedance loads.
Top

Moggy wrote: ↑Wed Oct 23, 2019 9:22 pm That audio chip is one I've used in many a headphone guitar practice amp, I wondered what the hell it was doing there, thought it was some crazy onboard audio lash-up!

Any idea Mark as to why something like that would be used rather than something more conventional?

This is about the sixth design of ZX81 RAM pack that I have seen. Each one uses a different method or different variation of design for obtaining a -5V supply. Some use a transistor oscillator driving an inductor like the Sinclair 16k RAM pack. Some use a CMOS logic chip and capacitors to do it. Some use an audio amplifier chip. IIRC, I think I have seen one using a NE555.

Basically the audio amplifier chip is configured to either operate as an oscillator, or is fed with a suitable AC signal. The power output stage then feeds a coupling capacitor. Which then feeds a charge pump (diodes and capacitors). Then a 5.1V Zener diode. You now have a low current -5V DC rail for your 4116 DRAM chips. Keep in mind that each (of the eight) DRAM chips only needs about 50uA (typical) each at -5V.

As to why, I can only speculate that either it was cheaper at the time, or maybe the designers did not know enough about designing reliable low cost inductive oscillators.

Many thanks to you both for the explanation.

I would concur re the cheapness of the audio chip as I seem to recall they were a couple of bob each at the time so yes cheap and cheerful as they say.
Top

Slightly off topic but I recently got a 16K Jigsaw RAM pack with a lose cover so here are some photos in case they had not been posted before. 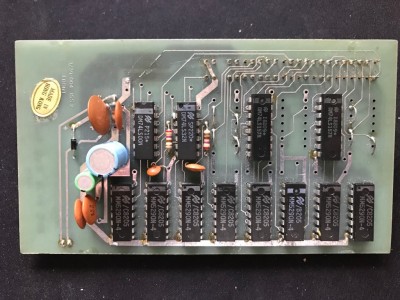 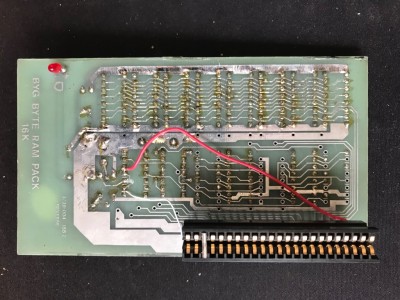 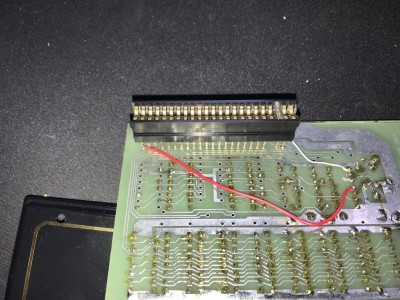 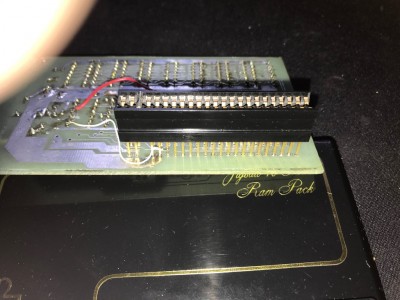