Is there an overall troubleshooting list or anything that would apply to the 1500? I bought one off ebay, thinking it worked, but no idea really (it was in great cosmetic condition). There's only two socketed chips and they are firmly in there. The ULA is the later model square one. I did the composite mod with Zx-vid so I could test it and nada... not even a whiff of output. I've got 9v in and 5v out at the 7805, and confirmed 5v at the zxvid board, but not really sure how to check further (don't have a scope or knowledge to use lol). I confirmed the cable and TV are by plugging in my TS2068 which has only a slightly janky picture. I did look at some of the other posts, but didn't see something directly applicable to no signal whatsoever. is there anything I can probe with a multimeter that might narrow it down?

The significant differences are that it uses a different "ULA", it uses two or eight DRAM chips instead of one or two SRAM chips, and it has a ROM with slightly different code.

Fault finding is as a result, a bit more tricky.

As there are two different versions of the board, it would help if you either provide details of the chips, or post up a photo.

When you say no video, did you try the RF output before you started work on it? Please describe exactly what you mean by no video.

I don't have a tv with an antenna, so didn't test it first (doh!)Maybe I'll need to undo and find a tv to baseline on.
by "no video", I mean nothing at all - no signal whatsoever shows up on the tv. no noise, no nothing and no change when I plug and unplug the cable
The little video board is sitting on thick double sided foam tape, so no chance of contact with the board underneath... 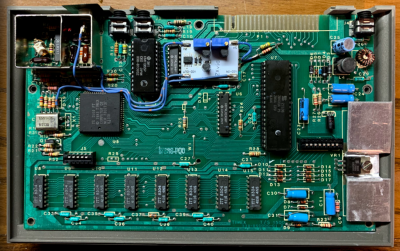 No, don’t roll-back just yet.

I don’t have a TS1500 schematic to hand, but I do have a copy somewhere on a hard drive...

Do you have a logic probe? Or is your multimeter your only test gear?

Thanks Mark. I only have a multi-meter, but maybe could get other equipment. is something like one of these a worthwhile investment? I don't do that much with electronics, so not sure all the uses of a scope but don't mind getting one if a workable one isn't too expensive.

No, don't worry about getting an oscilloscope. The cheap models are only suitable for audio frequency use. And it's not worth spending lots of money on a good 'scope just to fix one computer. To see the 3.25MHz Z80 clock signal for example, you need a 'scope with an analogue bandwidth of 40 or 50MHz. A good analogue 25MHz 'scope will show a signal, but would "round off" the edges of the waveform for example.

A logic probe has two or three coloured LEDs and simply indicates the current logic level at a point in the circuit. They respond much faster than a meter and cost far less than a 'scope. A reasonable commercially made one is likely to be less than £12 / $17.

I am sure Mark will guide you through the trouble shooting as done with me and several others.
As you have the video mod already done and you are not getting video at all. Not even a white screen suspicion falls over the ULA. But I would check the rest before giving up with this.
First of all is your TS1500 60Hz (NTSC intended)? If so.. is your TV capable of 60Hz video?? (Is the mod installed as it should be?)
Then I would check all voltages including memory chips that are the same used in Spectrum low memory. These are are a pain as need -5v and 12v and dies easily if -5v are not present. 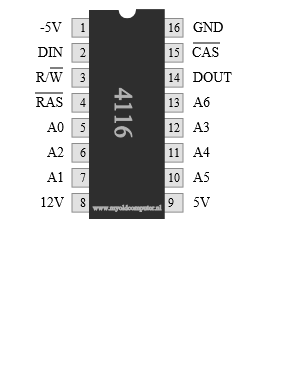 Here is the Schematics.. I don't remember where I did download it from.. credits to whoever

Yeah, sorry about being terse. It’s lack of time you see. I was intending on posting some more help today, but have not had much spare time. And then today, the hot water and heating system in the house failed

It failed while I was at work. The outside air temperature in my part of the U.K. is about 7 to 8°C, so the family were not exactly happy about this.

After investigating, I found the natural gas boiler had shut down. After a bit more fault finding, I found that the extraction fan was not spinning even though it had 240V AC on its connection terminals (which are not insulated which is a bit naughty

). Anyway, I isolated the mains supply. When I tried to turn the fan blades, they were very stiff.

The coil measured okay on resistance, so I applied some solvent cleaner to the bearings. That helped a little. So more solvent cleaner until I drowned it. Then some WD40. That’s much better, it spins freely now. Finally a few drops of 3-in-1 light mineral oil.

After putting everything back together, time to power it up...!

And whoosh, the boiler fires up

It did take a couple of hours before the house warmed up though (which is normal when the entire hot water and heating system is starting off cold).

Sorry that became rather longer than intended...