I'm very excited to have found what appears to be an unknown ZX81 game. It's a German game in Basic, called 'Enterprise' (as in Star Trek Enterprise themed) and is by Kilian Schlaich, originally published by ISS (Juergen Schumpich, who was the main Sinclair German importer back in the day, I believe). There isn't as much online about German games as there is for English language ones, so perhaps it's quite common, no idea.

I was even able to contact the author, and he'd almost forgotten about it, but owned up to it and was transported back to 1982 when I showed him some screen shots.

It has it's original cassette case, which isn't very exciting. It looks like some kind of boring business software with the name 'Enterprise', so I can't imagine it would have sold all that many at the time.

I also have another 3 German ZX81 games for which I can find no mention online. 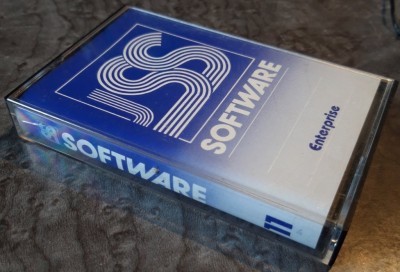 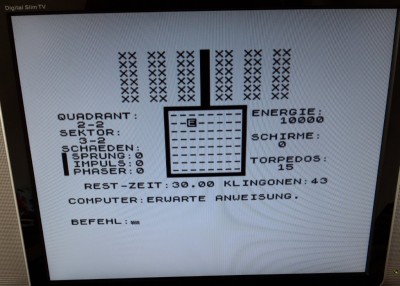 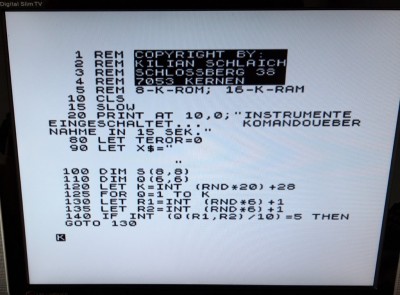 Am I allowed to call a game old? 1982 is getting on a bit. Of course the computer for which it was made is timeless.

Any German members here know of any websites that list or even provide German ZX81 games? I've digitised and converted a few to .p files over the weekend. There's quite a bit out there on English language games but I can't find a source of info on 'foreign' ones. I bet some must be quite rare in physical cassette form and hardly any are available as .p or other formats.
I'm Chris, a Brit in Germany (Chr$ on the QL forum).
Top
Post Reply
3 posts • Page 1 of 1