I have here an original ZX80 which my mother in law wants me to flog for her.
It's been used about 5 times when bought back in 1980 (81?). And then got put in the cupboard, forever since.
Original: polystyrene box, manual, tv lead, PSU, ZX80. No headset/ear leads though (pity..) The box looks it's age, it's kind of going a bit brown like an old treasure map. But it's in good nick physically. The ZX80 has no case damage. It looks... well it looks like it's been stored in a box for 35 years.

I tested it on a couple of TV's with analogue fine-tuning and found around UHF channel 36 where it's outputting... a blank, black screen. But I know it's the ZX80 as I get snow instead when it's powered down.
I'm aweful at soldering; I dare not open it up to start fixing.

The sales advice bit I request please:
Do I sell as-is (no 'K' on screen) and realise whatever I can for it?
Or do I send for repair (is that even possible?) and then sell?
Or do i stop being a wuss, and start to fiddle in it's gubbins, following the sage advice of this board?

My mother is law is getting on now, and she needs the money. I'll be in my wife's good books if I get some sort of result. Easy option is to flog it as is but I don't want to do her a dis-service.

Thankyou for any and all advice.
A ZX80 seller in Wokingham, Berks. 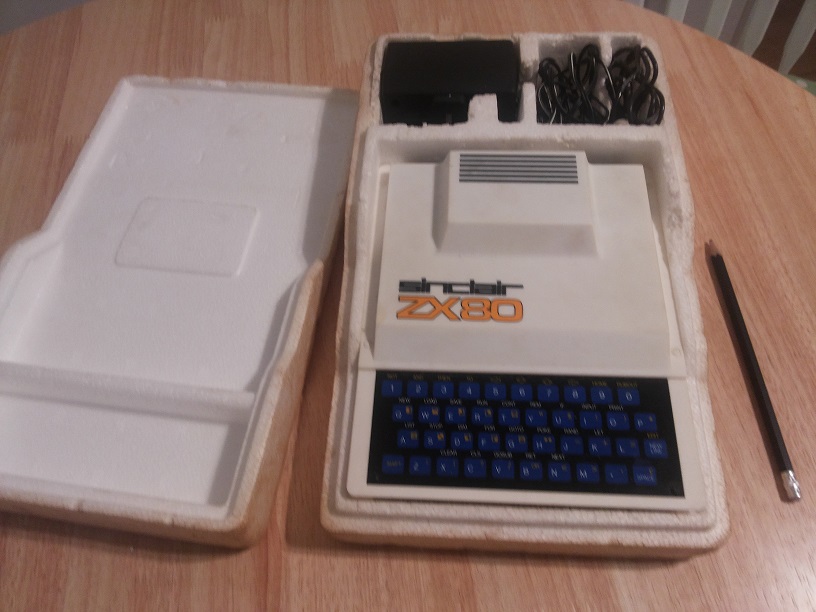 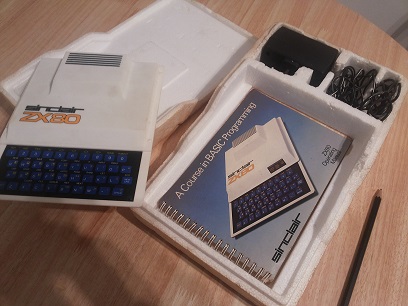 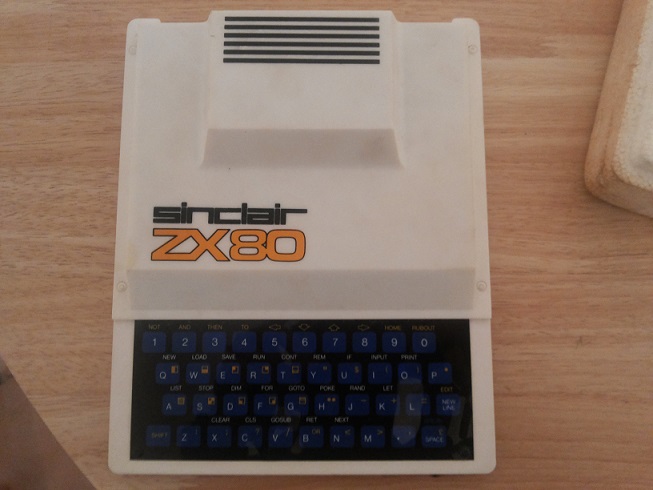 You will probably just find that the lack of output is down to the TV - ideally you need a black & white television set. It could be that pressing a key a few times might affect the TV screen (as the ZX80 flickers into Fast mode each time you press a key), so that is something which you could potentially test.

That said, the ZX80 itself is in really good condition - it looks as though the case has not yellowed too much and is presumably not cracked (certainly not missing any chips from the corners).

People tend to buy ZX80s more as collectors items, so I would actually list it as "unable to test as I do not have a black & white television", but working when put away in 1980. You need to add some more close up photos of the ZX80 itself, including underneath.

I would recommend you consider listing it on my own www.sellmyretro.com - it attracts a lot of ZX80 and ZX81 enthusiasts, and there is no charge to set a reasonable reserve price, to ensure that it does not sell for too little (ebay charge a horrendous amount for reserve prices!).
Rich Mellor
RWAP Software
RWAP Adventures

Check out our items for sale
Top

Sell it! That's a cracker. Many ZX80s are yellowed or broken on the corners. This looks white and clean, you should get a very good price for it.

DO NOT OPEN IT! The fact it's apparently not working won't mean much to an enthusiast. They're fixable. They don't often turn up with such nice cases though.

There's a chance it is in fact working and the problem is with the TV set. You really need to try it on an old analogue tuner, modern tellies are way to picky for many vintage machines.

Ah brilliant, this sounds like great advice. I'll try to borrow a truly ancient TV first then. The old CRT I tried it on still had tuning (and 'fine tuning' done by remote, so it's semi digital. It also had a built-in VCT beneath. A sign of modernism

And I'll go to your site instead of to EBAY then to sell it then. In case interested, a couple more pics. But I'll get much clearer ones for a sale.

I won't enter inside it. 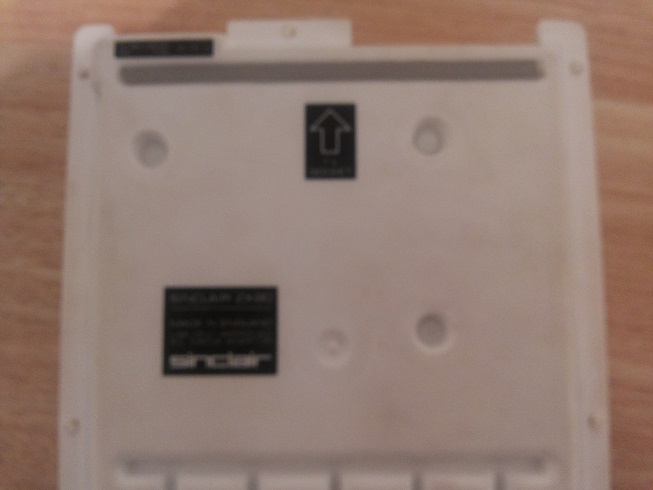 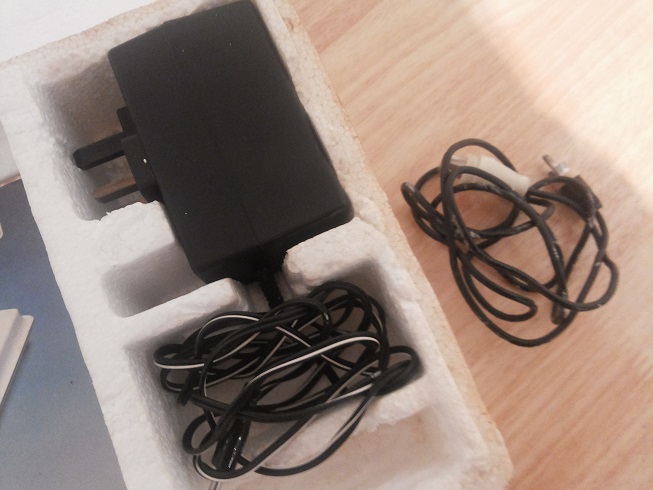 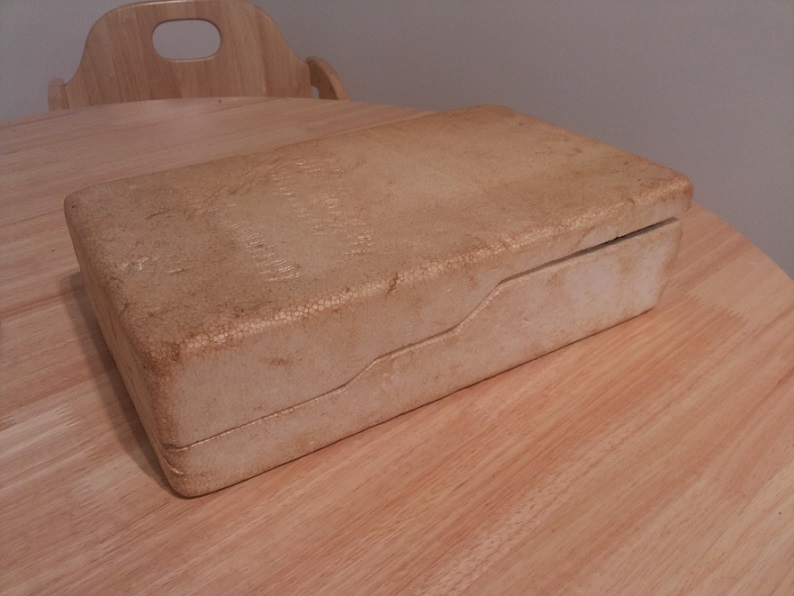 Would agree with all that's been said, would just add for completeness that the absence of the key words sticker found on the right side of the sloping front face would indicate this is a later model made of more durable ABS as opposed to the flimsy St Ives made margarine tub plastic models.
It more than likely has an issue 2 motherboard.

The clean and straight lines of the grey sponge feet on the underside (Although missing the front one) also suggests a rarely used machine and as they were fairly bulletproof in use I agree that the TV is the answer here.

Should the TV not be the problem it is ,as Sir Morris says, eminently fixable and I'm sure there a few of us here who can gladly help you out so as to fetch a better price for your MIL.
Top

The TV lead looks to be the original - what a shame the cassette leads are missing - I can't remember what they looked like for the ZX80 though....
Rich Mellor
RWAP Software
RWAP Adventures

Check out our items for sale
Top

RWAP wrote:The TV lead looks to be the original - what a shame the cassette leads are missing - I can't remember what they looked like for the ZX80 though....

like this for the original thin plastic shelled ZX80's then the familiar moulded black and grey plugged version like the 81 but with slightly thinner plugs for the later ZX80's I seem to recall.

I'm fairly sure that early '81s used the same type of cassette leads - I have a boxed one that doesn't have the familiar black/grey ones anyway...

balford wrote:I'm fairly sure that early '81s used the same type of cassette leads - I have a boxed one that doesn't have the familiar black/grey ones anyway...

Unless you bought it brand new at the time it's possible the leads were replaced at some point, I think we have all seen complete "untouched boxed issue1's" with later components ULA CPU etc.

I can only speak from my own experience of using what should have been that months mortgage money to buy three new machines around about release date ( 1 for me 2 for friends) and all three came with grey and black leads. There is also the possibility, I admit, they were using up old stocks of the black-plugs- with yellow-tag lead for early release 81's but would think grey and black was the norm a bit like the belief that all early issue 1's had board soldered ULA's when my own experience overs the years has shown a mixture of soldered and socketed was also the norm.
When I eventually took apart my first bought 81 it was indeed socketed so perhaps production line shortages dictated how they were constructed socketed one week direct soldered the next?
Top

Or maybe there were two different production lines...

One parts bin had some of the older type, the other had the newer type...

I guess that unless someone who worked at the production factory comes forward with the information, it will all just be speculation

And of course, it is possible that Sinclair may have recycled returned parts / machines...